What's next for Pumpkin Face? 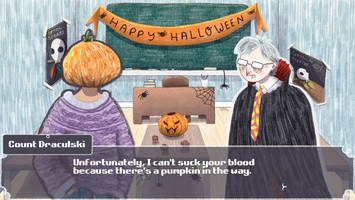 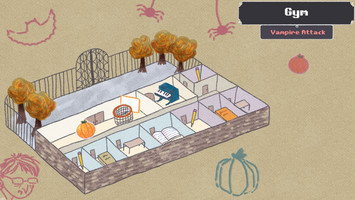 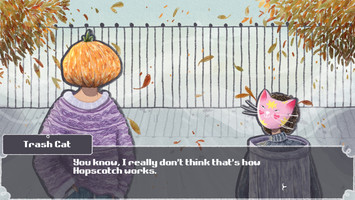 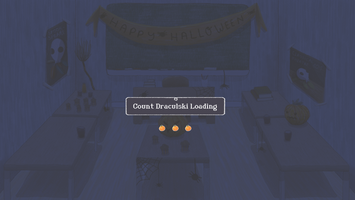 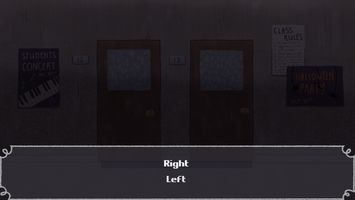 It's been a couple months since Pumpkin Face's Chapter 1/Demo has been released. Originally, Pumpkin Face was going to be a fun month-long project, but it eventually turned into something more ambitious : we're planning to work it into a full-feature, 6-chapter game over the 3-ish following years! With this in mind, I decided to make this little devlog to keep those of you interested in the loop of what's in store for the project's future, and what we're currently working on.

I've had a lot of exciting (and unfortunately, time-consuming) things going on this past couple of months : An Outcry, an indie horror RPG in which I am involved as a composer and translator, got released, I've been working on a game for the Cartomancy Anthology with my friends tooth and mauricio, I released a demo soundtrack for Splatter, a very unique FPS, and I also had a part-time game writing gig to take care of. Considering I also have to teach myself how to code, that left me around 30mn to an hour per day to work on Pumpkin Face, 5 days a week.

I spent most of that time getting better-acquainted with Pumpkin Face's codebase. The code used for all the "Visual Novel" elements in Pumpkin Face's demo (which, let's face it, are mostly what are making the game run...!) were largely built upon GDQuest's excellent VN tutorial series. This was fine as long as it was a month-long jam project, but it became a problem once we decided to turn this into a more serious, long-term project : now, I had a sizeable amount of code to upgrade and scale into a full game, code that was higher-complexity than what I could've come up with on my own, and that was meant to be "learning" code, meaning that it was understandable even for someone with less experience like myself, but it achieved such readability at the expense of being flexible and scalable.
Add the fact that I had created my own, janky code and changed some of the tutorial's to achieve certain goals and you're in for a confusing ride...

It took me the better part of January to upgrade myself from "I'm not actually sure what half of this script actually does" to "I understand how everything in this codebase works" - and i took me the whole of February to figure out where to take it from there. Pumpkin Face's Demo has two main flaws : the "minigames" aren't very good, and the ending part is an incomprehensible clusterf*ck. Moving forward, I would like Pumpkin Face to be less on the "pure Visual Novel" side, and more on the "Professor Layton-ish" side, with overworld maps and locations you can navigate to, and handfuls of small, fun minigames/challenges to give the game rhythm and pacing.
The issue, as you might've figured, was to find a way to weave this idea into my big, clunky, tutorial-minded codebase. I've made some significant progress with this over the last 2 weeks, but I fathom it'll take at the very least 2-3 months (if not more!) to work a functional minigame-and-overworld system into the game.

Once that dragon will be slain, we'll gear towards making a Demo 2.0 version, which hopefully will be better than the current one in basically every regard - that second demo will be the stepping stone to actually making the 5 other chapters, as it will contain all the necessary code, systems and flexibility the current version lacks to sail smoothly forward.

Thank you for sticking around until then!

Zemlinsky would give you a hug, but there's a pumpkin in the way.

Really good to hear about your process as I go through my own journey of making visual novels in Ren'Py, looking forward to hearing more!!!

Looking forward to your own projects Parsely! You got this!!